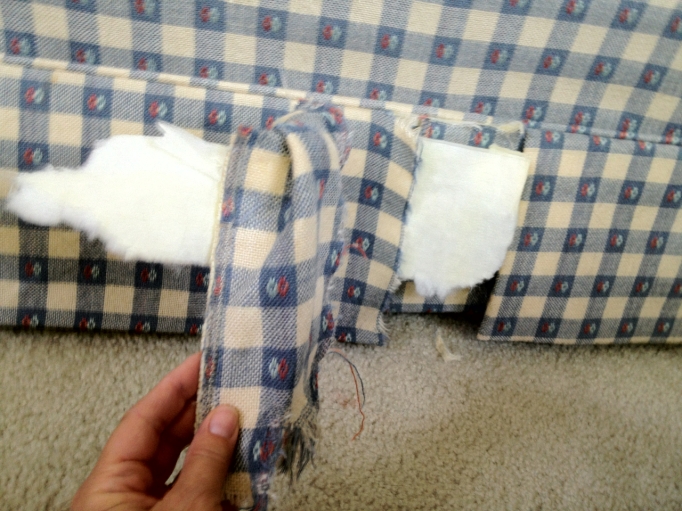 NOTE TO SELF: When the nine month old puppy is out of sight and quiet for too long DO NOT assume he is napping. Because when you ask your children, “Where’s Blue?” he may come trotting from around the corner, carrying a piece of couch upholstery in his mouth, grinning his wolf-like grin. So, I doused the couch in green apple spray and pushed it up against the bay window, shutting down his favorite hangout/barking spot in the center of the window. This is when I’m thankful the couch is from 1999. I think my usually sweet and charming pup has officially entered The Teenage Years. Lord help me!!!! Now he’s sprawled out ready for a morning nap. Grrrrrr That’s me growlin’, not the dog…maybe I need a morning nap too. ~ Janean