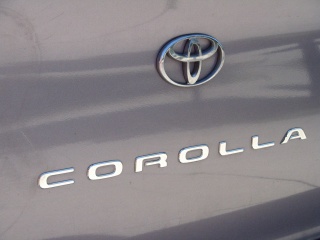 This feels like the right follow up for Sweet Talkin', while we're on the subject of men, women and the power of words. It's an excerpt from an e-mail I sent to some friends on July 1, 2011, just a few short weeks ago.

"This is gonna be FAST. Last night A Crazy Illinois Thing happened that you'll just get and laugh at with me. A Girl Thing.

Here's the story. Because I just need a friend to share it with, a woman who gets that when you're mother of two, and in my case pushing 40, this sort of thing just doesn't happen anymore…

I went to Uptown Normal because I'm going to paint on The Pod wall as part of the Community Mural. They are opening in a week along with Sugar Creek Art Festival across the street from the Children's Museum by the roundabout. I picked up my paint last night, so I could get an early start on Saturday before it gets too hot as the day wears on.

Anyway, on my way home from The Pod, getting close to 9pm, I was stopped at the stop light of Vernon and Veterans in my '98 Corolla and this happens…

A black pick up truck, the kind with an extended cab, and at least four guys pulled up next to me. They were honking and yelling for me to roll my window down. I was on the phone but I did. Curiosity I suppose. Maybe I knew them or my lights weren't on or something else urgent that I wasn't aware of. Then next thing I knew, they were inviting me to meet them at Gill Street and they'd buy me a beer. I smiled at 'em, shook my head "no", rolled my window back up and kept talking to my friend about painting my part of the mural on The Pod wall. She'd overheard the commotion of my overlapping conversation and asked, "What is going on?" So I told her, with a You Won't Believe This laugh in my voice.

Even though I didn't want to go to the bar for that beer, it just felt good that they were flagging me down. I didn't have any makeup on, my hair was pulled back on top of my head in a rubber band and I was wearing old denim shorts and a Minnesota vacation t-shirt from 100 years ago – a pine green one – that's a paintin' shirt now. I wasn't even wearing shades because dark was falling. I told my husband about it when I came home. I walked in grinnin' too. Just needed that Pick Me Up even though I didn't want anything to do with it. I know you hear me how I mean it." 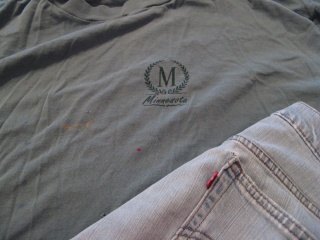 One of my good friends replied she'd like to find those guys and buy them a beer for putting a smile on my face. She'd do it too. A longtime friend replied with an uproariously funny story about a similar experience she had as a 20-something woman, when she was very pregnant with her son, who will be a senior in high school this fall. My big city friend agreed that the stoplight Pick Up In A Pick Up was An Illinois Thing, but said she still gets occasional praise for her looks as she walks down the street. She concurred the attention does made you feel good, even if as Modern Women we're supposed to be above such things. Then she added, "Since we are getting old after all." Well, there is THAT. To put this story in proper context, I should add this was the night before my husband had an ultrasound and biopsy done on his liver to determine whether or not his cancer had spread there from the colon. While we couldn't change whatever the doctors were going to find the next day, the air in the house was still solemn and a bit tense. Thankfully our two boys were spending the night with their grandparents and Ferris Bueller's Day Off was on television. We watched this "classic" 80's movie in companionable silence and occasional laughter for awhile, just us and the cat in our cozy family room, with that early morning appointment looming. That was exactly where I wanted to spend the evening too. Home. Together.

14 thoughts on “a stoplight conversation”