Dear Mom,
Your grandsons and their/our neighborhood friends did you proud.
Love Your Oldest Daughter,
Janean
(Who has made lots of tracks in freshly fallen snow, Blue and me. I wrote a mini blog about it last night and titled it, “paws and boots.”

December 14, 2013
This is a Facebook note I wrote in reply to my mother who was lamenting all the newly fallen snow on her block without any children playing in it. She is a retired elementary school teacher, first third grade, but she spent most of her time teaching kindergarten. The magic and beauty of a new snowfall isn’t lost on her. She still greets snow with verve, sparkly eyed enthusiasm and the most dazzling of smiles.

I’m in the midst of typesettin’ two more of my grandfather’s Western Tales. Yesterday I caught myself readin’ instead of movin’ fast, flowin’ type, applyin’ style sheets, and fixin’ up his wonderful words for bein’ self published and bound into yet another family and friends book. Perhaps his last, as at 97, we know his body is wearin’ out.
Certain phrases and plot twist moments, keep jumping off my computer screen as I work, that make me grin and guffaw. Then there are others that make my heart squeeze in empathy.
The line of dialogue speaking to me right now is after the sheriff received a letter from concerned parents, asking after their hastily married off daughter who was sent away, “in trouble.” Instead of replying that she’d had her baby, and a few days later her worthless, no good varmint, rat of a husband was dead – murdered – Sheriff Wells simply said where they could reach their daughter. His mentor, John Wade, replied after readin’ the communique in progress, “Good shot. Let her tell her own story.”
Indeed. Yes. The other bit of advice I keep readin’ is to keep your head up high, no matter what the circumstances in your life. Lots of horse talk too. How I love that!
I’m completely charmed by my grandfather’s writing. Stories. Songs. Poetry. I have been since childhood. It’s more poignant now. Readin’ with a woman’s heart.
He’s a marvel. Still alive and kickin’, atop a bluff overlookin’ the mighty Mississippi River where he’s lived since he was nine months old, other than those years he was needed to serve his country in WWII. He began writing stories while recovering from night patrol injuries in a hospital in England. The Red Cross gave him paper. He mailed the stories home. All because he’d read everything he could get his hands on, and figured he could do as well or better. Once he started writing, he never stopped. That is a lesson for me, and all the aspiring authors I know. Writers write. A lot.
~ Janean Marie Thompson Baird

in this moment
I’m all kinds o’weepy
still wearing my fleece pajamas
with peacock adorned rain boots
(of course)
I don’t care about societal rules
pajamas smajamas, I’m not nude
just leaving the grocery store
where I bought a shamrock plant
figured I could use a l’il luck
hoping for the good kind
years ago, more than 20
my mom gave me shamrocks
for my college dorm room
that’d be four of them
‘cause a green thumb is not my gift
I’d forgotten all about ‘em
until they recently caught my eye
plant after plant
set along a deep window edge
waiting to catch sunlight
I mentioned them aloud
walking down the window lined hall
following the kind woman
one of many helping me through
she casually replied
“They are mine.”
Shamrocks
for luck
‘tis their month you know
March and all
with the fun of St. Patrick’s Day
less than a week away
soon

my woman’s heart is breakin’
daughter, sister, wife, mother, friend
life’s been tough for awhile now
doin’ the best I can
cryin’ too many tears
day by day abidin’
movin’ ever forward
walkin’ step by step
thankful for the gift
of each day
we have together
holdin’ it all together
with bailin’ twine and prayers

The movie my husband and I saw yesterday afternoon was fun
I enjoyed it more than I expected to
Sweet romance/love story
Father/daughter baggage dealt with well
Though she looked too young to be his daughter
Oh, and the cussing was magnificent
I loved the cussing because that’s the place I’m in now, deftly peppering my conversation with properly placed swear words for emphasis added
The baseball didn’t detract from the sweet wooing and head over heels in love falling either
*happy sigh*

I have turquoise toes
adorned with sparkly flowers
a gift from my mother
pedicures for the three of us
my mom, my sister and I
Girl Time
The Best Kind
with smiles, laughter filled conversation and love all around
the pampering was nice too
mmmmmm, needed that
more than I knew
I don’t recognize these feet as mine
for my toe nails were naked all summer
no time to paint ‘em
let alone time to be still
and have them done
a mother’s love
a woman who knows her daughters better than we know ourselves
so thankful for them both
my mother and my sister
both big pieces
of my heart 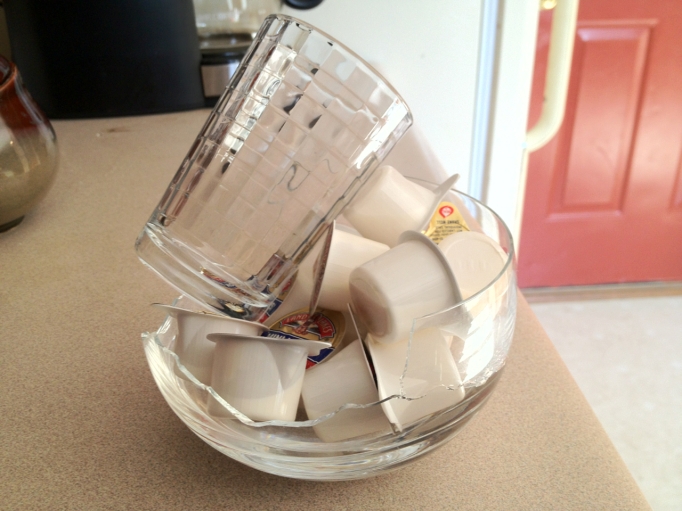 I first e-mailed this poem to my friend. The one who sent me a note about a glass that broke at her house while the dishwasher was being unloaded last night. She’s sharing it with her fourth grade daughter (the dishwasher unloader/glass put-er away-er too).

sometimes I am My Mother’s Daughter
today is one of those days
It’s Valentine’s Day
all day
and I find myself wearing pink
and the heart covered socks
that my mother gave me
long ago
I wear ‘em once a year
on Valentine’s Day
might as well
and as long as I gave into pink
and socks with hearts
I put on lipstick too
yes, my mother would approve
my oldest son is wearing black today
I let him
I sorta wanted to wear black too
the rebel in me
even though it’s not showing
on the outside
it’s there
underneath the pink

I love you so

just you and me

out in the world

we’ll dance in the rain

and jump in leaf piles

and swing so high

laying in a hammock

and fill one another up

I’m smiling as I write

this poem for you

about to be born

due one month from today

I make to you

we will go adventuring

I will be there

Ella Bella will you be